321 players sleeved up for our Modern main event, many of whom prepared for Sunday's World Magic Cup Qualifier. 321 players meant nine rounds of Swiss, followed by the Top 8, to determine our new Modern champion who would walk away with the trophy as well as the grand prize of 1,200 Euros in MKM credit!

At the last event of the MKM Series in Frankfurt, barely two months ago, the Modern Top 8 had featured eight different decks, from Urzatron to Jund, from Infect to Scapeshift, from Jeskai Control to Affinity, from Ad Nauseam to Eldrazi. Today's last remaining competitors, among them a couple of our MKM Series regulars, came close and put seven different decks into the Top 8: Jund, Faeries, Kiki-Chord, Abzan Company, Infect, Merfolk, and a pair of Abzan Midrange decks!

In a very contested final, it was Javier Faustino and his Abzan Company deck that was able to overcome Jose Gómez Porral and his take on the Jund archetype. Congratulations to our latest MKM Series champion as well as the remaining Top 8 competitors!

Congratulations to Javier Faustino, Champion of our Modern Main Event! 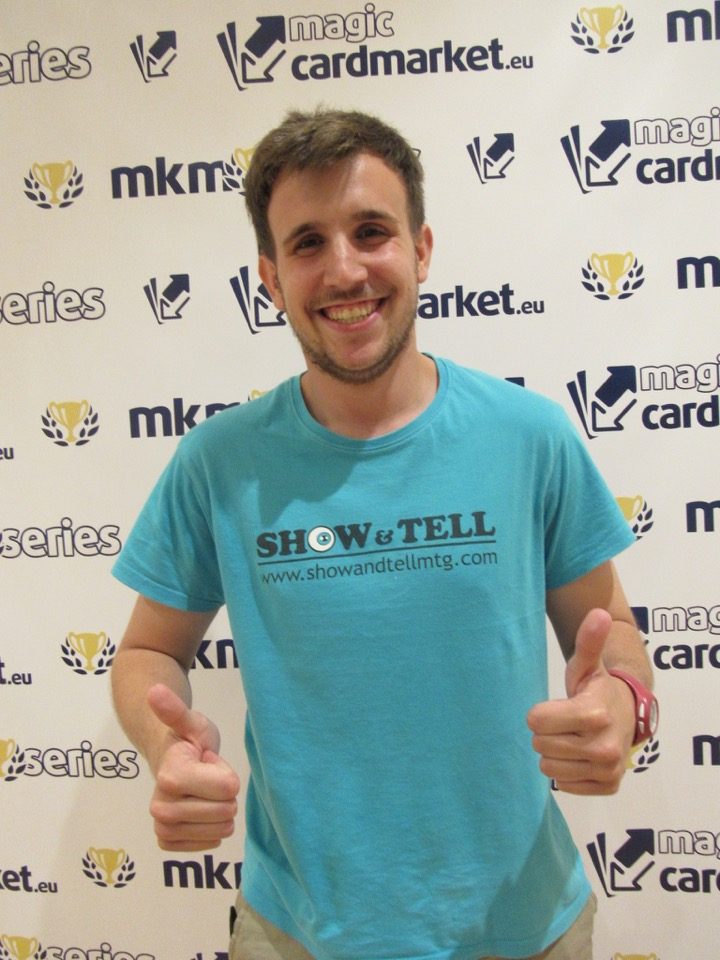 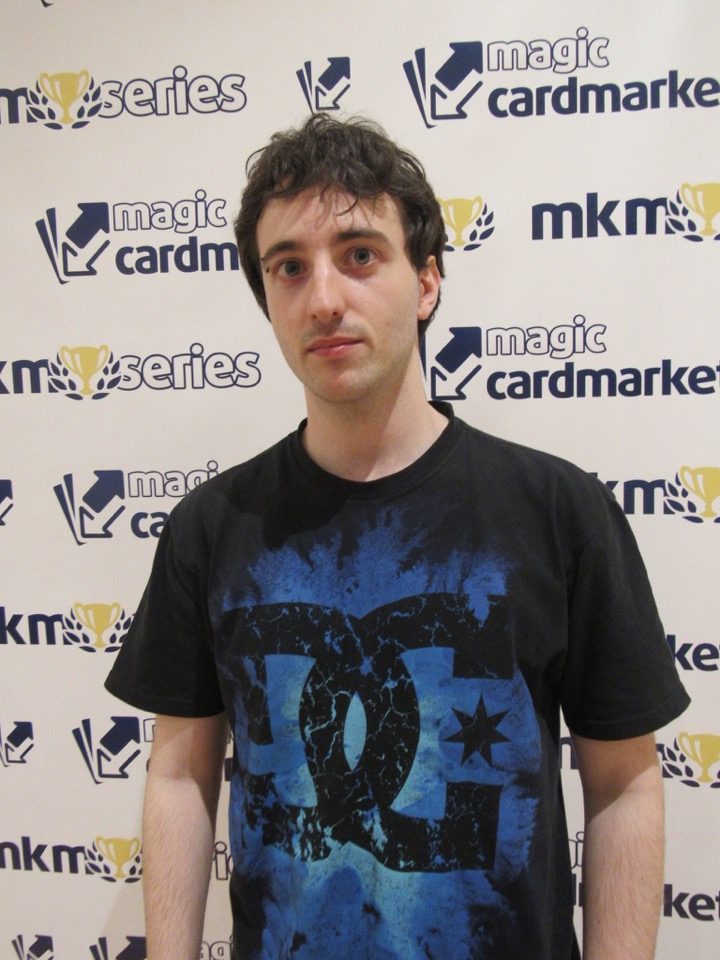 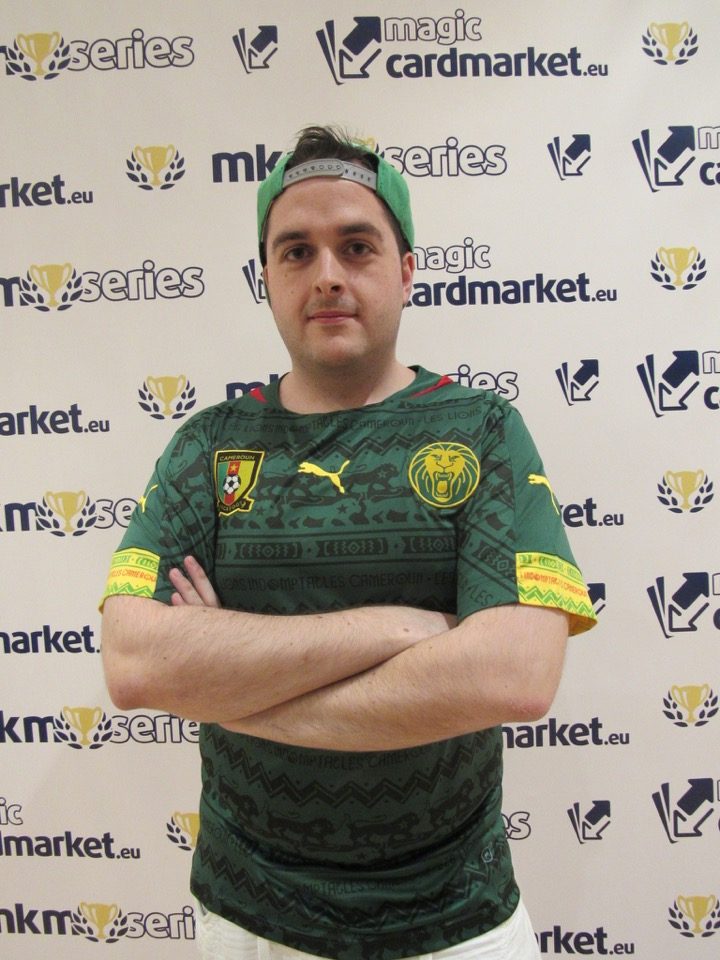 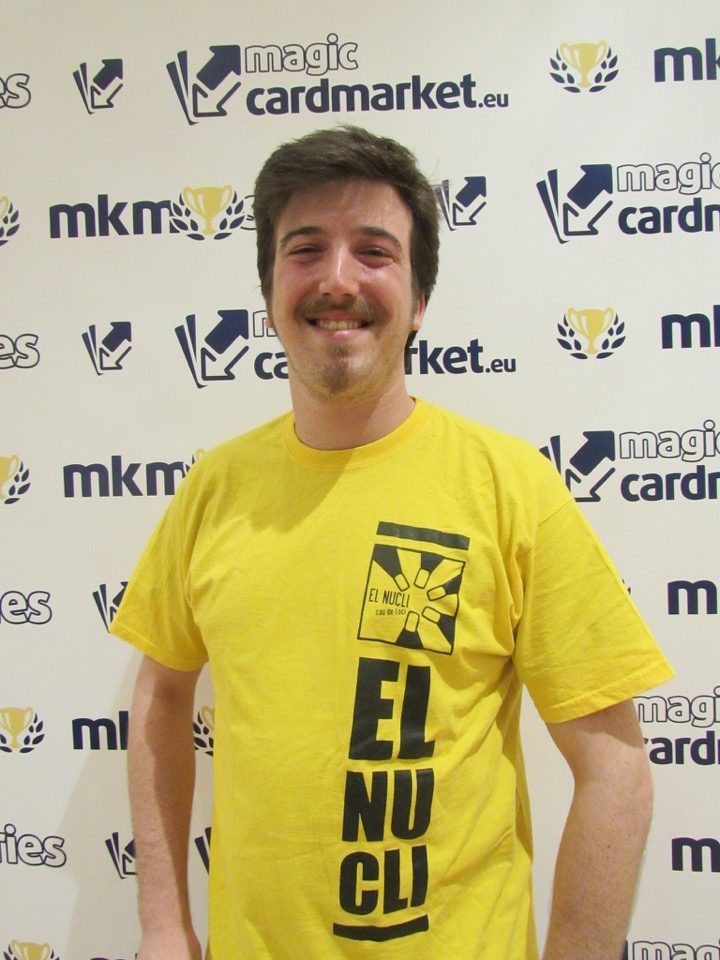 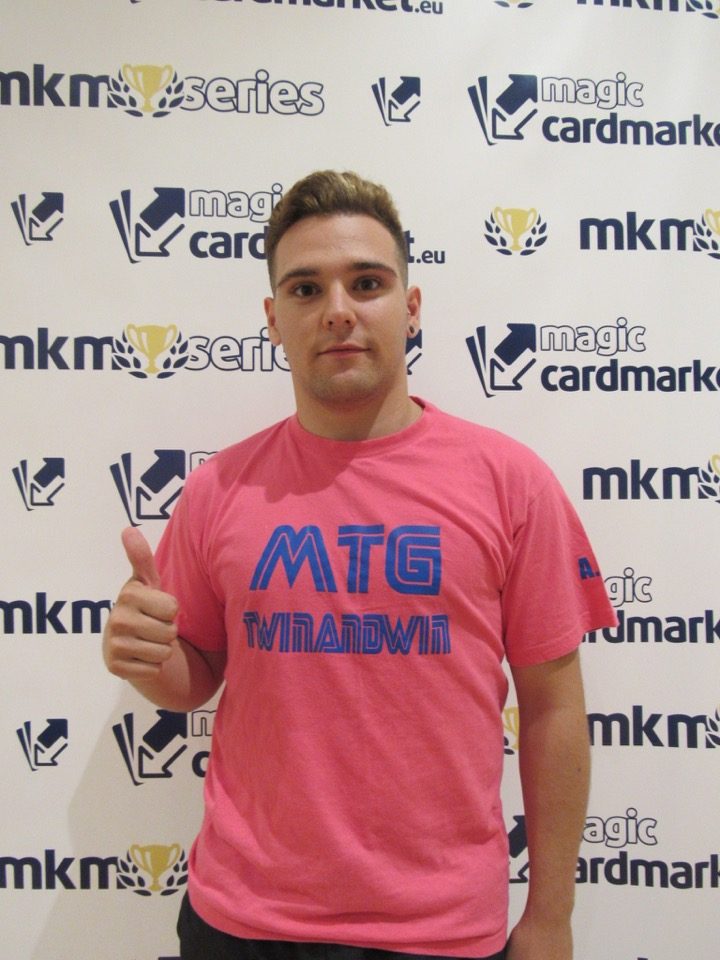 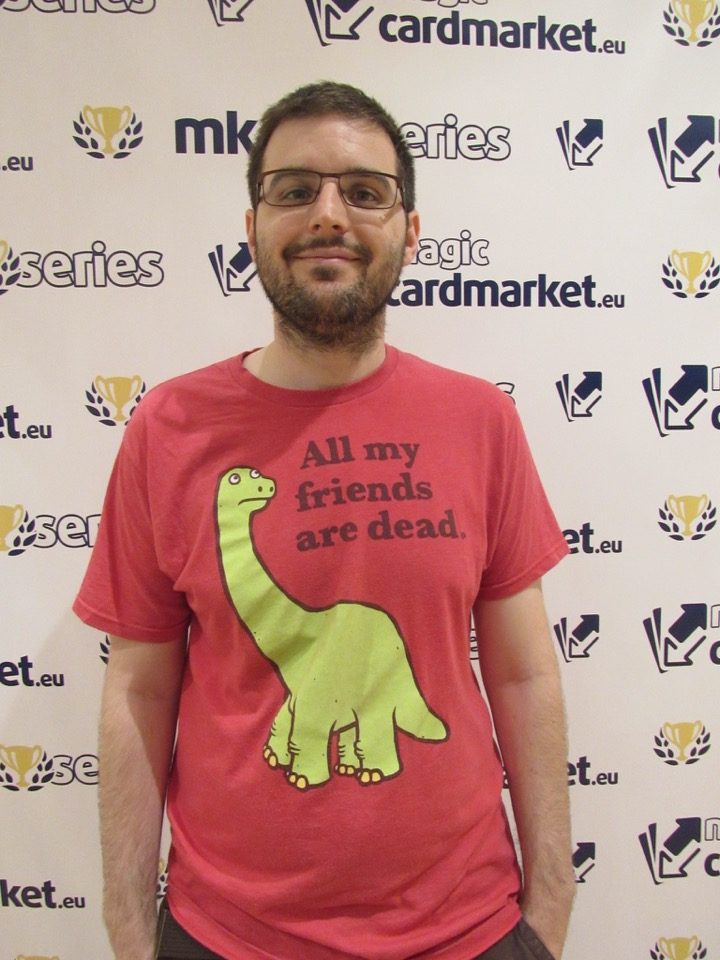 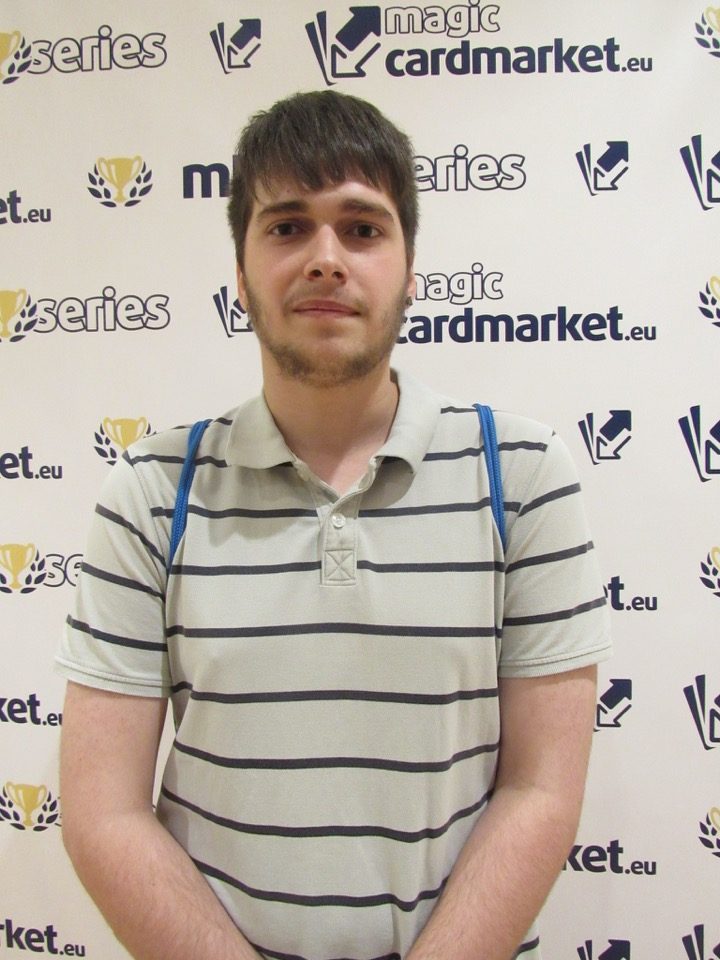 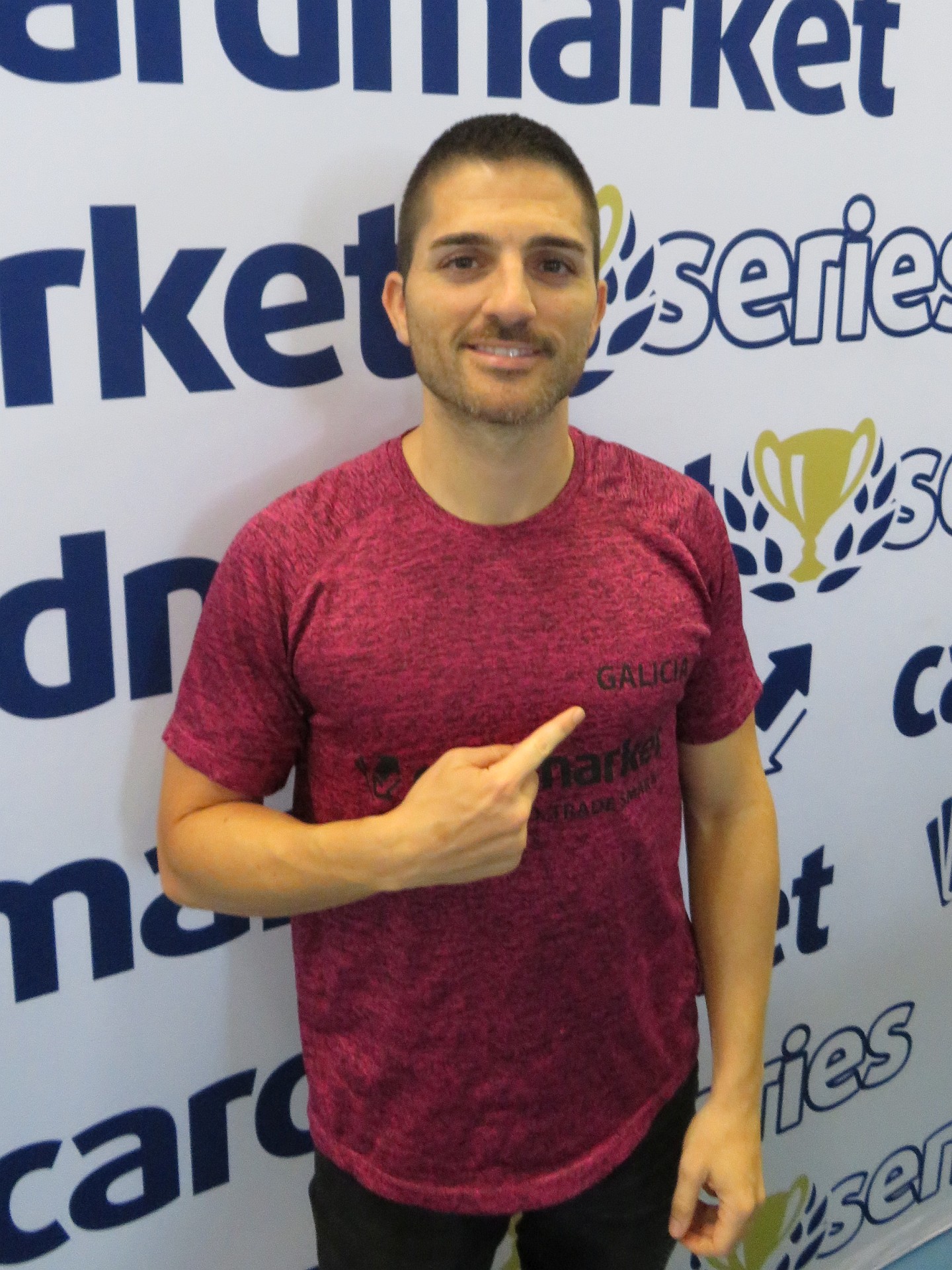 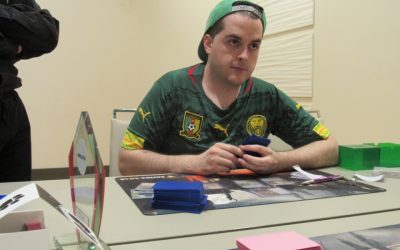 After nine rounds of Swiss and two elimination matches, only two of the original 321 competitors remained in the running for the fame and the fortune, the title and the trophy. In one corner, we had Javier Faustino playing the combolicious Abzan Company. Sitting... 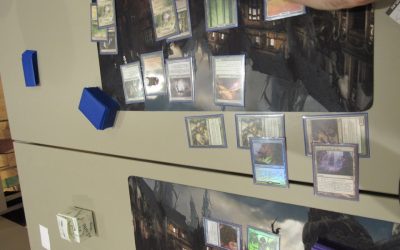 When you are playing Infect you probably don't want to be paired versus a deck featuring main deck hate, but exactly this happened to Cristian in the Semi Final where he faced Javier with his Melira Combo deck. Game one: Cristian went first, after Javier had... 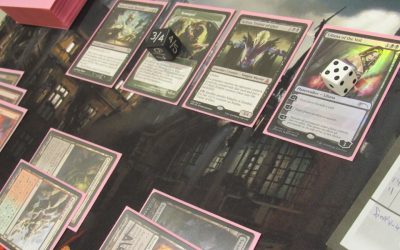 When asked about his previous Magic accomplishments Jose Manuel Gómez Porral just answered, "Nothing noteworthy." That made him the underdog in this match against Carlos Moral, as Moral could boast a Top 8 at a Modern Grand Prix a couple of years ago as well as a Top... 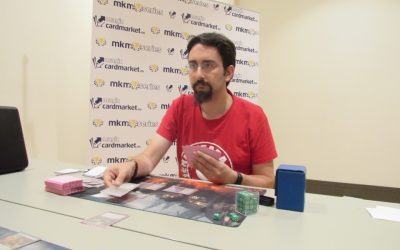 Round 9: Omar Diez vs. Cristian Retuerta

With records of 7-1 in the tournament so far, both of these players needed one more win to secure a Top 8 berth. When asked for their previous Magic accomplishments, Cristian Retuerta just shrugged and Omar Diez laughed and shook his head. "We won a couple of PTQs,"... 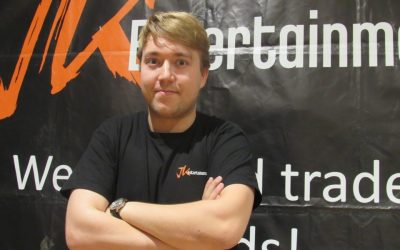 Modern has a long tradition as a format with a vast variety of viable deck archetypes. But which three decks should be considered the top three in the current metagame? We asked players for their opinion … Sometime PT and WMC competitor Sergio García: "Red-White-Blue... 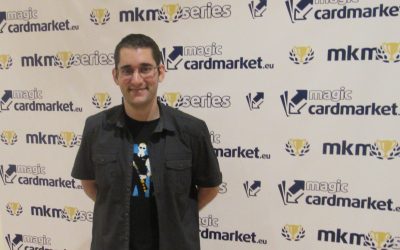 The Eldritch Moon was rising and soon would turn the tides of various formats. The new set would obviously have the most influence in Standard, but there were definitely a few candidates that might play a role in a few of the larger formats as well. We asked a couple... 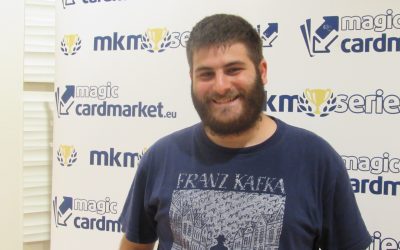 The finals of Friday's fourth Modern Trial pitted Iñaki Martinez against Rodrigo Arismendi. Arismendi had brought a white and black version of Death and Taxes with the interesting addition of ten Eldrazi. {Tidehollow Sculler} into {Wasteland Strangler} is quite the... 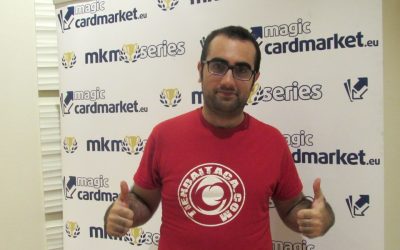 Sergio García triumphed in the finals of Modern Trial number three. His opponent, fellow Spaniard Marco Silva, was playing Jund, but in the attrition war between two midrange decks his was no match for García's four-colored monstrosity. García's deck featured a {Chord... 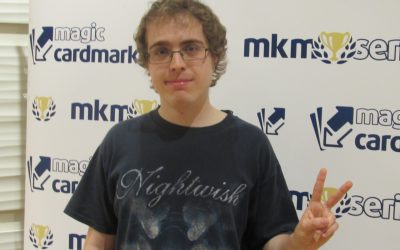 Mario Villa became the second champion of the weekend when he won Modern Trial number two on Friday. Playing Affinity, the 27 year old from Madrid was able to defeat José Gijon's Jund in the finals, despite the latter's barrage of {Lightning Bolt}s, {Terminate}s, and... 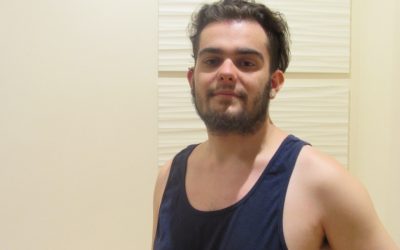 Friday was the day for Trials. 16 players could enter into a single-elimination tournament and the winner would walk away with a first-round bye and free entry for the main event of the same format. The first events to fill up were the Modern Trials and the first...

321 players running about 40 different archetypes. That's the kind of diversity you only get to see in Modern. Even the most popular decks, Jund and Affinity, only just broke the ten percent threshold.

And there was quite a bit of variety even within the categories listed here. Some Zoo players went all out on the aggressive beatdown plan with lots of 1-drops and Reckless Bushwhacker, for example, while others opted for a higher creature curve going all the way to Knight of the Reliquary. Almost half of the Tron players combined their Urza's Towers and Co. with Islands rather than the traditional green and red.

Not to mention all the decks listed under “Other.” Abzan Midrange, Living End, Ad Nauseam, Kiki-Chord, and even Dredge all came close to three percent of the total field. Eldrazi, White-Black Tokens, Scapeshift, Storm, Death and Taxes, Through the Breach, and, curiously enough, some dedicated Mill decks (think Archive Trap, Hedron Crab, et cetera) broke the one-percent barrier!

So Modern once again gave us exactly the metagame we had come to expect: wildly diverse with but a few pillars of the format to rely on.