David Peretti rose above the rest to take down the Modern main event at MKMS Rome 2018!

192 masters of Modern entered the fray here at the beautiful Roma Aurelia Antica Hotel for eight rounds of intense Swiss. Eight players managed to climb past the rest and make it into the first MKMS Modern main event Top 8 since Jace, the Mind Sculptor and Bloodbraid Elf were unbanned in Modern. And boy did those cards show up tonight on both ends of our grand finals match.

David Peretti, piloting Ponza, was representing Bloodbraid Elf, using it for extra card advantage … and tempo, especially in a deck where Bloodbraid could come down as early as turn two! Raul Avoscan, Peretti's opponent in the final, didn't rely on the luck of cascade triggers; instead he ran Jace, the Mind Sculptor in a Titanless Scapeshift build.

The two players duked it out in a three-game set, where Peretti's repeated Blood Moons managed to help clinch games one and three and nearly allowed Peretti to come from way behind in game two after a mulligan to four. The matchup was rough for Avoscan, as a resolved Moon blanked a majority of his deck. Additionally, with only a handful of Cryptic Commands, Avoscan had few ways of getting the deadly enchantment off the table.

The grand finals weren't the only bit of excitement we had either, as a wide variety of lesser-utilized archetypes broke into our Top 8. Two Living End variants made it to the playoffs and battled it out for the right to continue on to the semifinals. Here, Lorenzo Farotti managed to achieve victory with his mono-blue variant, overcoming the traditional cascade-based Living End played by Jonathan Anghelescu of MKMS Power 8 fame. It was an exciting Top 8 with seven unique decks, Living End variants aside, and it seemed to bode well for the future of a format featuring two of Magic‘s most powerful 4-drops. 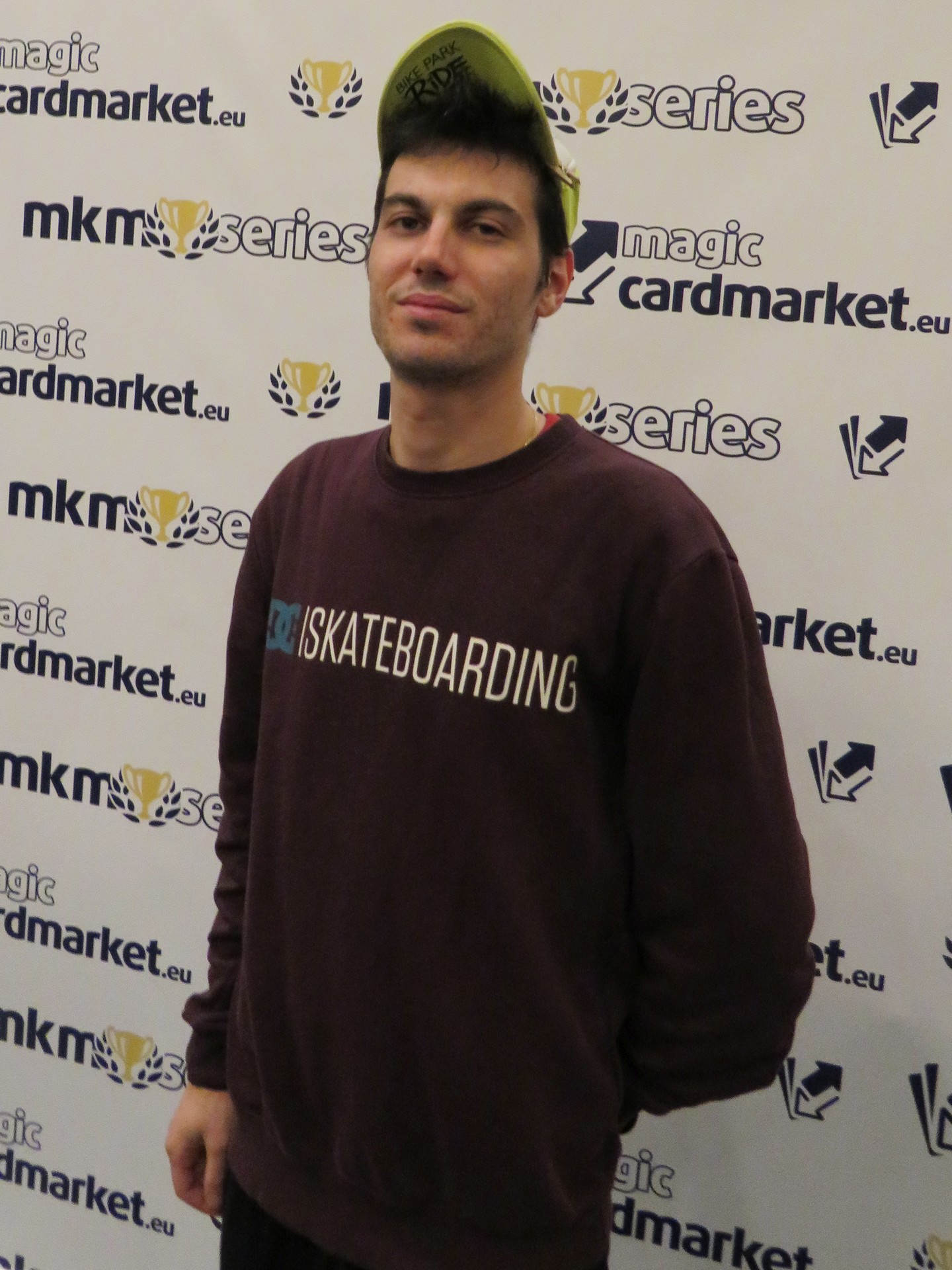 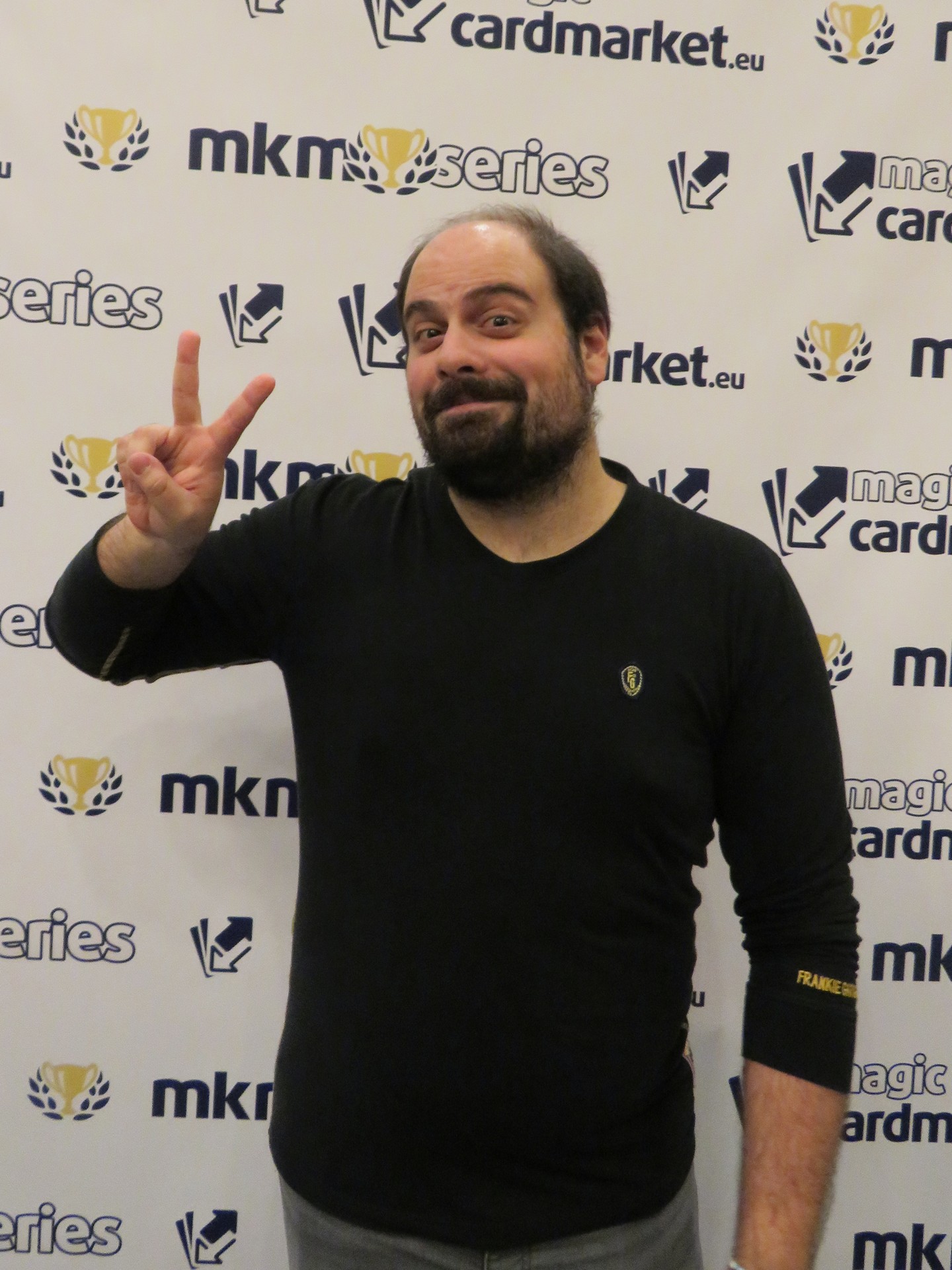 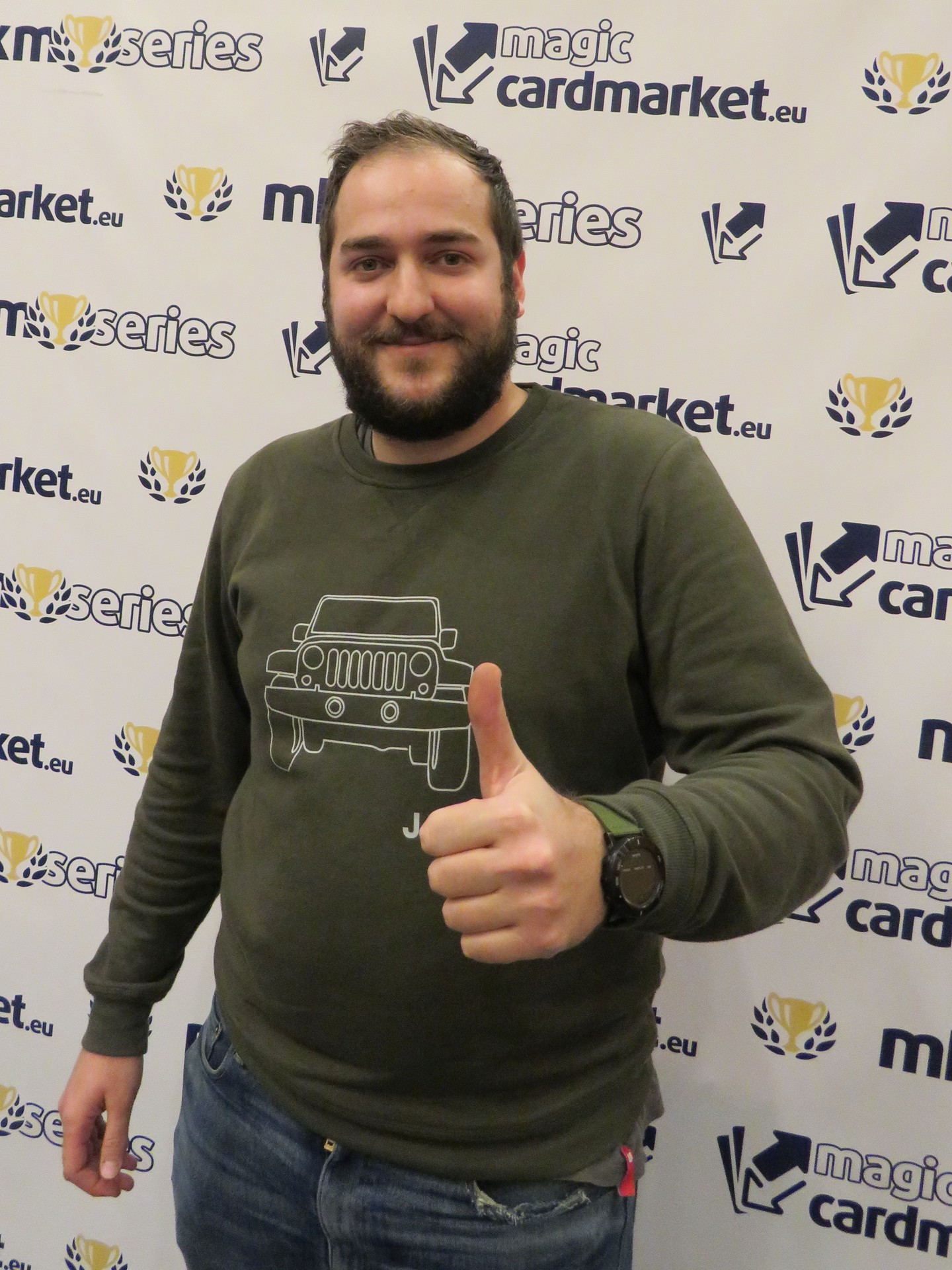 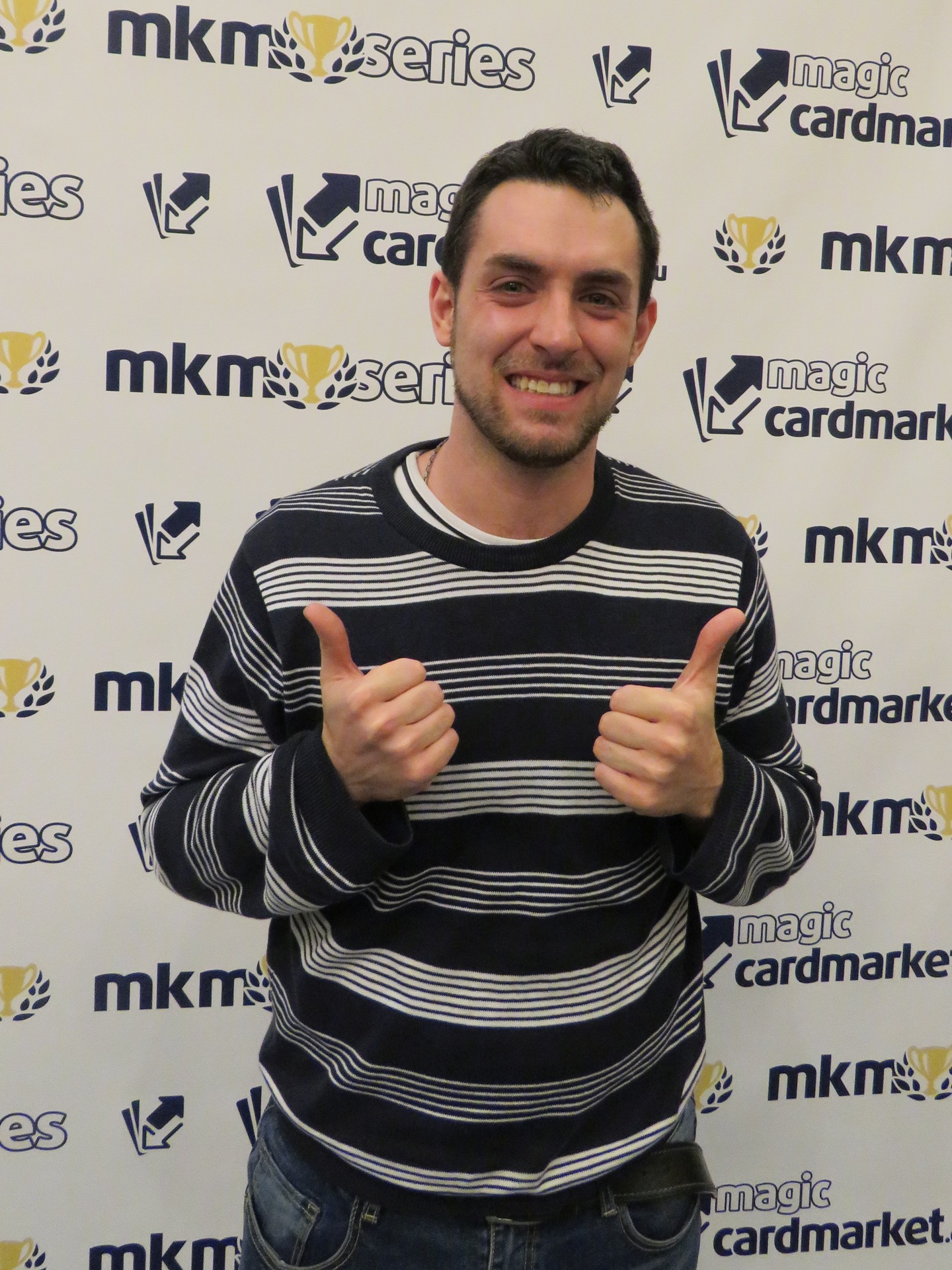 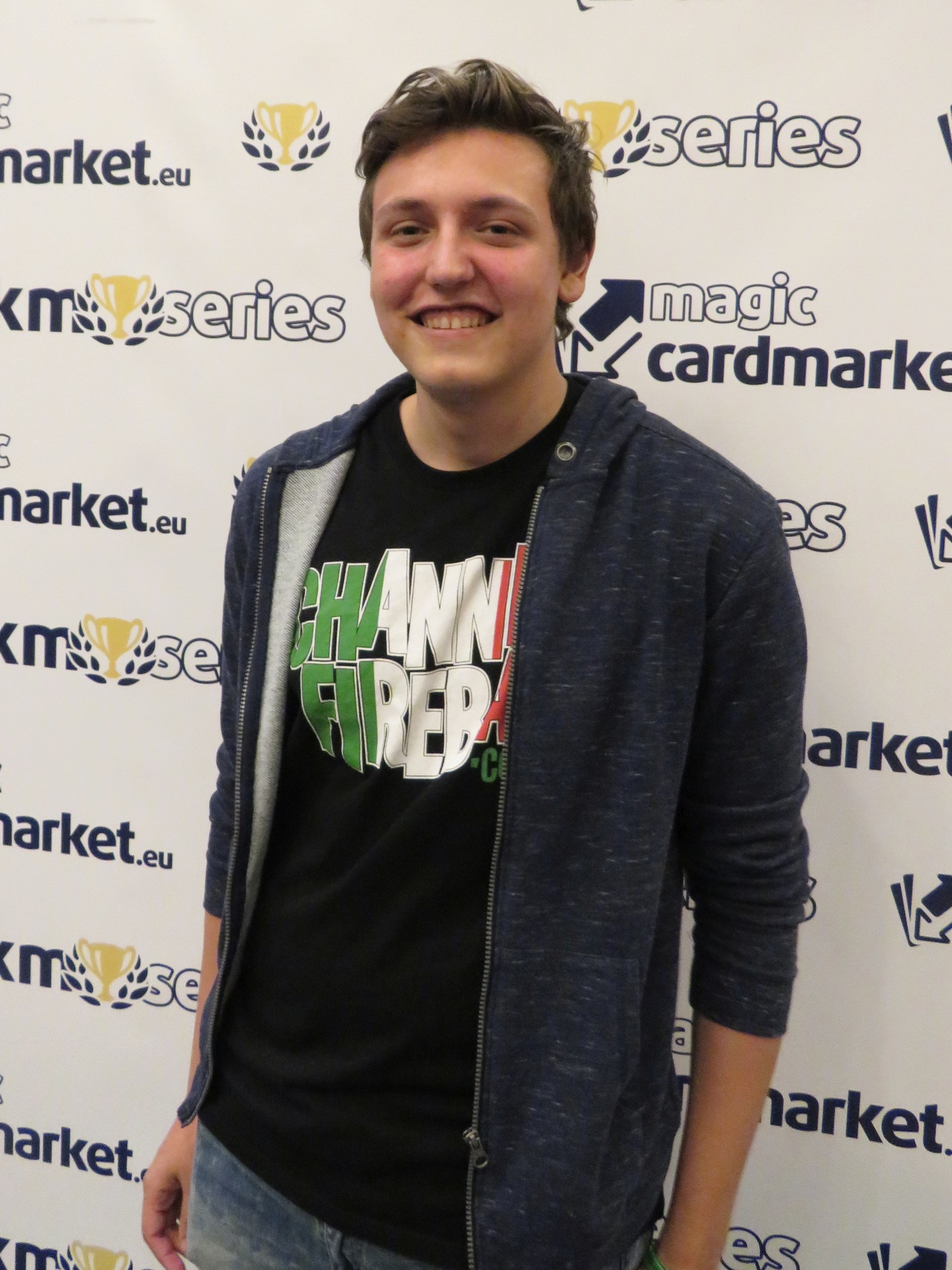 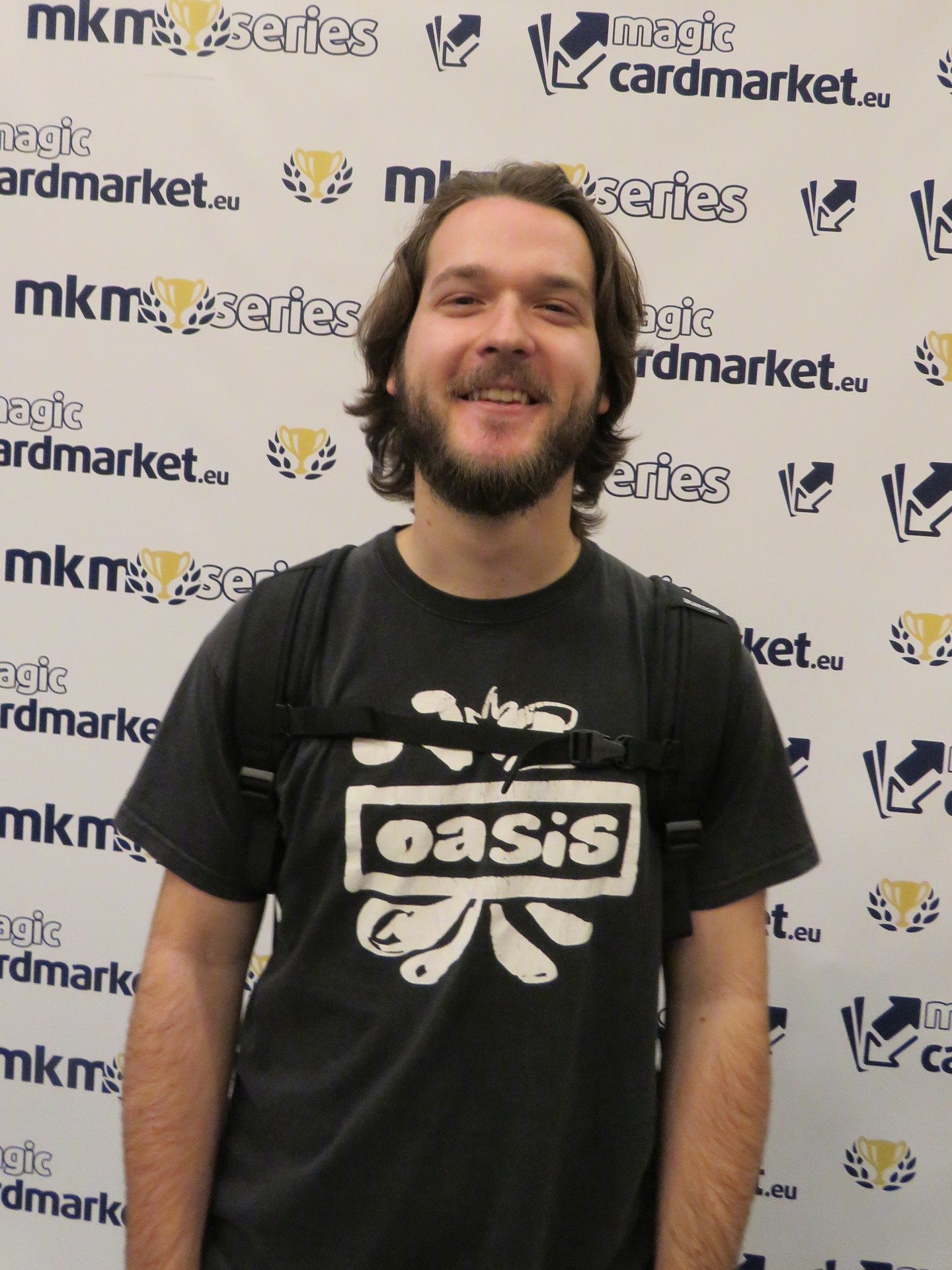 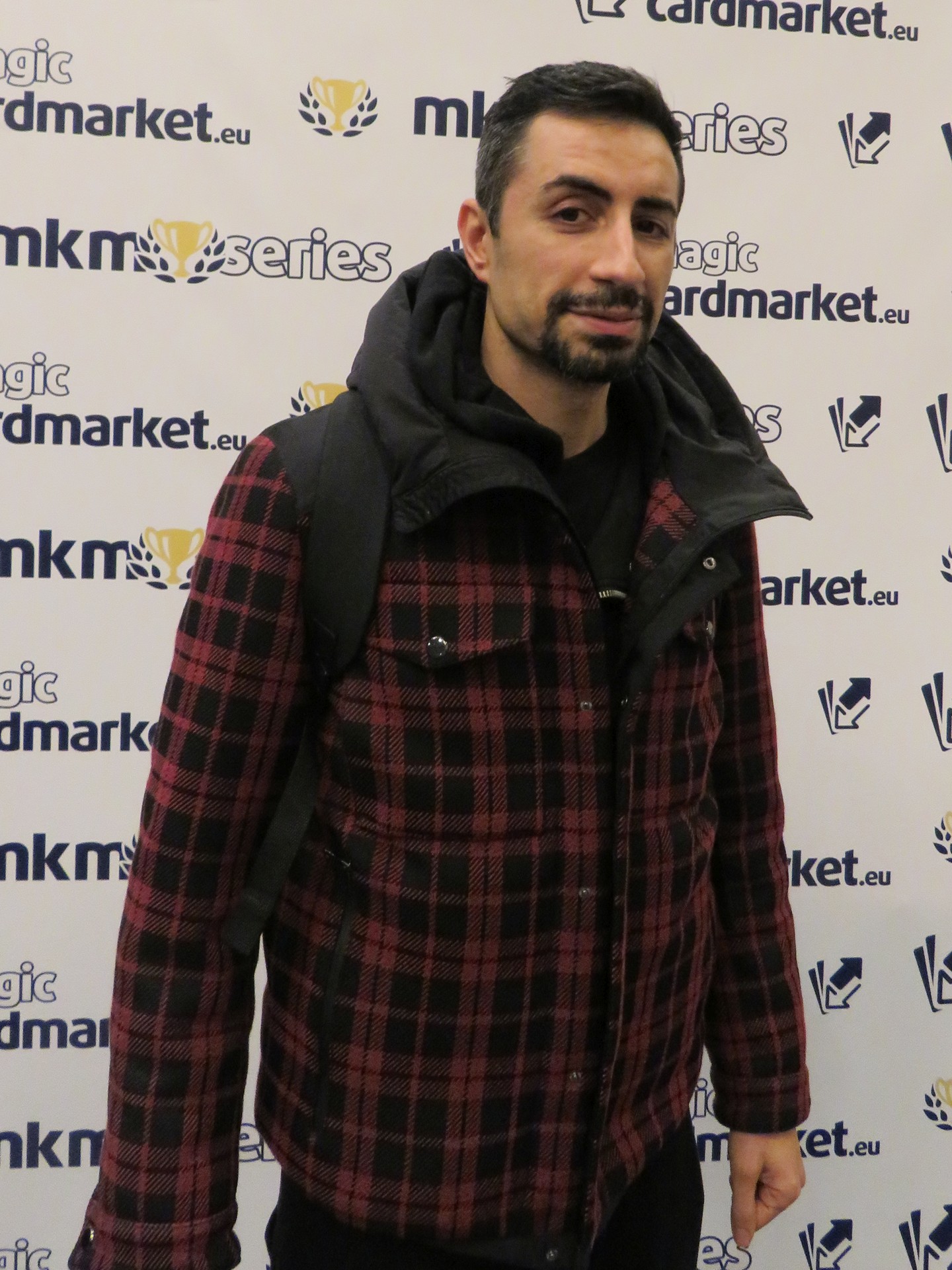 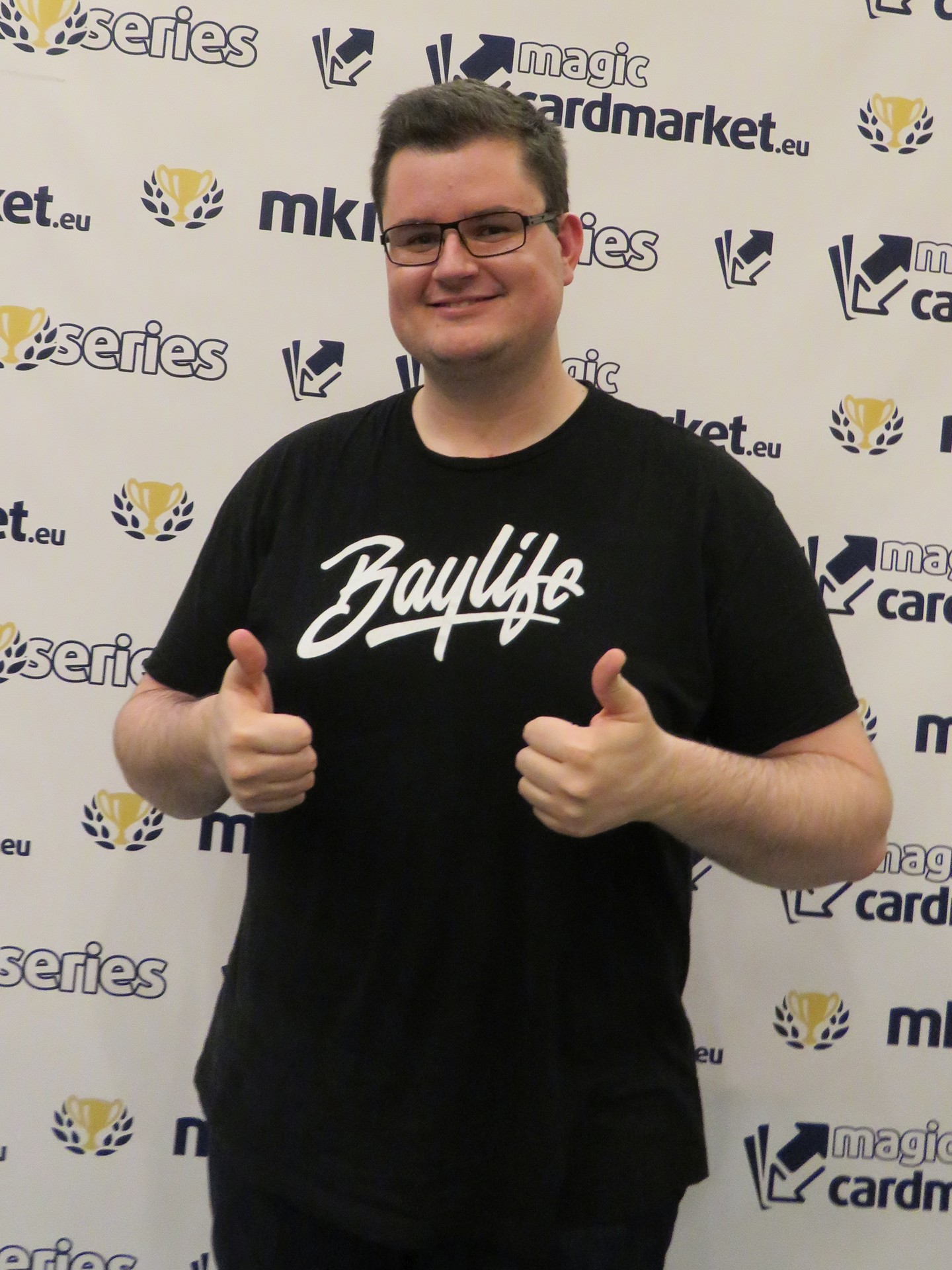 The unbanning of Jace, the Mind Sculptor and Bloodbraid Elf set the theme for our Modern main event here in Rome, so it was only fitting to find those cards on opposing sides in the final match. It wasn't in regular midrange Jund and a blue control deck though!...

While Anghelescu and Farotti fought a drawn out battle with their different Living End decks, the other half of the bracket was done much faster. When we caught up with Michele Pirastru and Raul Avoscan, the Semifinalist in the other bracket, they had already played...

In the quarterfinals, we got to witness MKM Power 8 member Jonathan Anghelescu play for the first time on stream. Before, he and his {Living End} deck had snuck by us by going 6-0, then 7-0, which meant that he didn't need to play any further to secure a Top 8 berth....

In Round 8, the final round of the Swiss, Cesidio Cervi and Santiago Marcet duked it out for a spot in the playoffs. Cervi was running Eldrazi Tron, while Marcet had brought his very own amalgam, combining {Hollow One} and {Burning-Tree Emissary}/{Reckless...

In Round 7, for the first video feature match of the weekend, we decided to look in on the battle between Frederik Altman's Grixis Midrange and David Peretti's Ponza featuring the recently unbanned {Bloodbraid Elf}. We didn't know then that Peretti was destined to go...

Along with Jace, Wizards had recently removed {Bloodbraid Elf} from the list of banned cards, allowing Jund's posterchild to once again roam freely in Modern. We asked some eminent experts of the game for their opinion on the decision … Dennis Zens, first among the...

Wizards had recently removed {Jace, the Mind Sculptor} from the list of banned cards, allowing the strongest planeswalker of all time to be played in Modern for the first time since the format's inception. We asked some eminent experts of the game for their opinion on...

The world of Modern had changed considerably in recent months. We wanted to find out what decks were considered the best three in the format right now, so we asked some eminent experts of the game for their opinion … Dennis Zens, first among the MKMS Power 8: "Jund,... 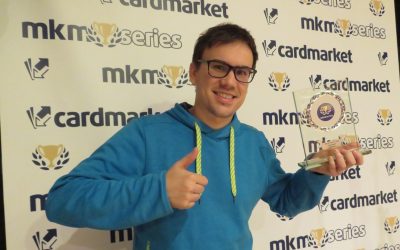 Previously at the MKM Series: Modern in Frankfurt 2018

On the eve of MKM Series Rome, it was once again time for us to follow long-standing tradition, to step back, and to review what happened last time at the MKM Series. Ten weeks ago, players from all over Europe gathered in Frankfurt for the first stop of the MKM...

192 Masters of Modern gathered in the conference hall on Saturday at the beautiful Roma Aurelia Antica Hotel for the first time since Jace, the Mind Sculptor and Bloodbraid Elf were set free. Make no mistake though, releasing these legends hasn’t stymied Modern’s famed variety, at least not here in Rome. The most-played archetype was Tron, with just over 11% of the field choosing to sleeve up the Urza lands. Of the 22 Tron decks, 12 elected to play the standard G/x Tron and 10 elected to play Eldrazi Tron, so there was no clear favorite among the archetype’s variants.

G/B/x Midrange archetype were the second most prevalent with 20 players choosing to pin their hopes on Liliana of the Veil and Thoughtseize. Jund, as one might expect, was the most represented in this particular category, with 13 pilots choosing to sleeve up the elf and one player choosing an elf-less variant of Jund. Burn was the third-most played deck, with 18 players choosing to go under Jace for the win. White and Blue were the preferred colors for Jace decks, with the majority of the 14 pilots choosing to play the powerful planeswalker in a Jeskai shell. The combo archetype of choice, with nine pilots, was Valakut, with a wide spectrum of variants ranging from the classic Titanshift to breach Titan and even Titanless RUG builds using Jace and a plethora of low-cost ramp to make their Valakut lethal.

Justin Hajo correctly predicted another trend here in Rome – the rise of Graveyard strategies. Dredge appeared substantially more here than in Frankfurt, with nine players, or close to 5% of the field sleeving up Bloodghasts and Stinkweed Imps over Bloodbraids and Jaces. Goryo’s Vengeance also made a solid showing, with four players choosing to sleeve up the powerful sorcery. Lastly, a few decks were surprisingly rare here: Humans only found three pilots and there were no Blue Moon decks to speak of. Overall, this was one of the most diverse Modern pools we’ve seen at the MKM Series and hopefully it heralds good things for the future of the format in uncertain times.