After the final event of the 2017 MKM Series, the eight most successful players of the season, according to the MKM Series 2017 Leaderboard, will be known as the MKMS Power Eight and will receive a reward just for attending the stops of the MKM Series in 2018 (if they take part in at least one of the four main events).

That means we're handing out a total amount of up to €7,800 for the eight most successful players of 2017's MKM Series!

How to Earn Leaderboard Points

If players are tied on points at the end of the 2017 MKM Series, the following criteria will be used to break ties, applied in the following order, as necessary:

The Leaderboard has been updated with the points from MKMS Barcelona, the final stop of the 2017 MKM Series. Meaning, we have a Power 8: Congratulations to Dennis Zens, Julian Knab, Tomas Mar, Johannes Gutbrod, Rodrigo Togores, Kevin Wagner, Jonathan Anghelescu, and Justin Hayo!

(We don't list players with fewer than 24 points. If you believe there to be an error, please get in touch!)

Explanation of the Changes

Over the course of the past two years, we held nine exciting events in various European cities. When we first announced the MagicCardMarket Series back in 2014, we wanted to give back to the community and offer players in Europe another chance to sleeve up and win some great prizes playing Magic. While we think that we have both accomplished this goal and are now meeting the high expectations that you are having when it comes to official MKM branded events, we also collected plenty of feedback which we wanted to incorporate into the MKM Series 2017 and beyond.

One of the biggest complaints that we received was that the MKM Series didn't feel much like a tournament series at all. That is not to say that the individual events weren't fun, it's just that you didn't get the feeling you were working toward a larger goal when you were attending several of these events. 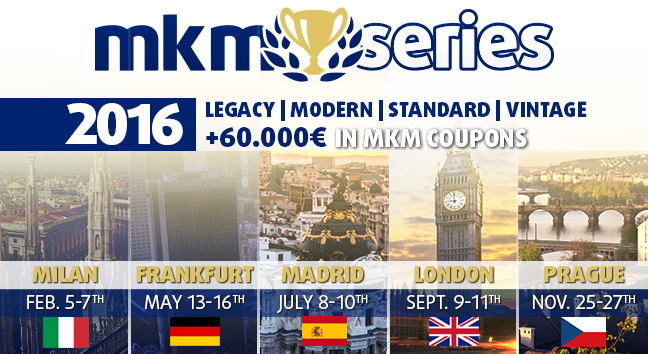 While we still think that the original idea behind the MKM Series SuperFinals—rewarding the best players of any given year—was a good one, we don't think this was the very best way to accomplish it. Considering that some players only had to show up for one event of the MKM Series which then qualified them for the SuperFinals, it didn't feel like we were truly rewarding the regulars among the MKM Series competitors who are, after all, the main reason why these tournaments have gained more and more traction and turned into a big success.

We think that this is a much better way to continue to grow the international MKM Series community as it will allow the Power Eight to attend even more events in 2018! Also, if one of the Power Eight won't be able to attend one particular event, he still won't be missing out as he can get great extra prizes at the other four stops of the MKM Series (whereas, if someone didn't show up for the SuperFinals, that player didn't get anything out of his good finish in the previous season).

We hope you are as excited as we are about these upcoming changes and you're looking forward to the new rewards we'll have in store for you with the MKM Series moving forward! 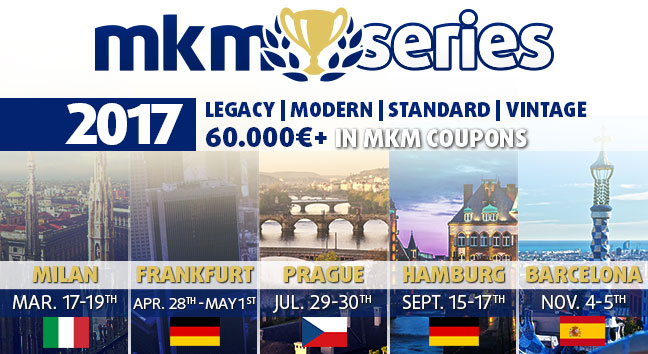