Congratulations to the 8 Winners who decided to split Prizes in our Standard Main Event!

The MKM Series Frankfurt is in the books!

It's been an exciting weekend with players traveling wide and far to make this one of the largest non-GP Magic tournament weekends in Germany! We put up impressive numbers in our Modern (617) and Legacy (410) main events, but we offered many more opportunities to play exciting games of Magic and players were happily taking advantage of them. More than 40 players enrolled in our Highlander event and the Grand Trials also sported impressive numbers: 142 players for Modern, 127 players for Legacy and 75 for today's main event: the Standard tournament. At one point this weekend, there were only 2 seats left in the entire venue! If one were to add up all the registrations for the various events we offered, we are talking about more than 2000 sign-ups!

Despite the great success of the events that took place earlier this weekend, we still attracted 268 players in today's main event. White-Black Control was the most popular deck with Green-White Tokens in hot pursuit. Two of our Top 8 competitors relied on these archetypes, but there was still some room for innovation as the Top 8 decklists showcase.

Due to the length of the tournament, the top 8 players once again decided to split their prizes instead of playing it out. Congratulations to Marco Held, Leon Hendrian, Moritz Groß, Matthias Schmidt, Jan Verhülsdonk, Artur Queiroz, Christophe Paris and Petr Sochurek (from left to right on our photo above)!

Additionally, the most successful players of the past tournament season were able to win some additional prizes in our SuperFinals (see dedicated coverage page). The respective victors all walked away with a lucrative MKM sponsoring contract that will reward them for doing well at larger events like the Grand Prix, making it that much more affordable to attend these events!

Thank you everyone for making this one of the greatest Magic tournament weekends we've ever witnessed! We're looking forward to seeing you all again when the MKM Series returns to the Spanish capital in July! 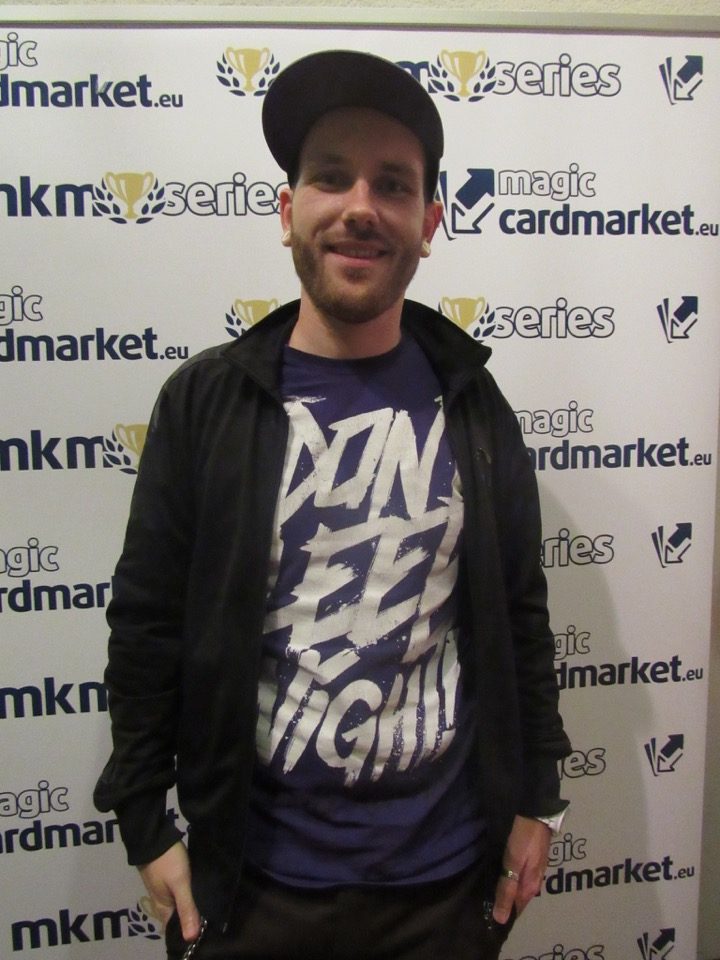 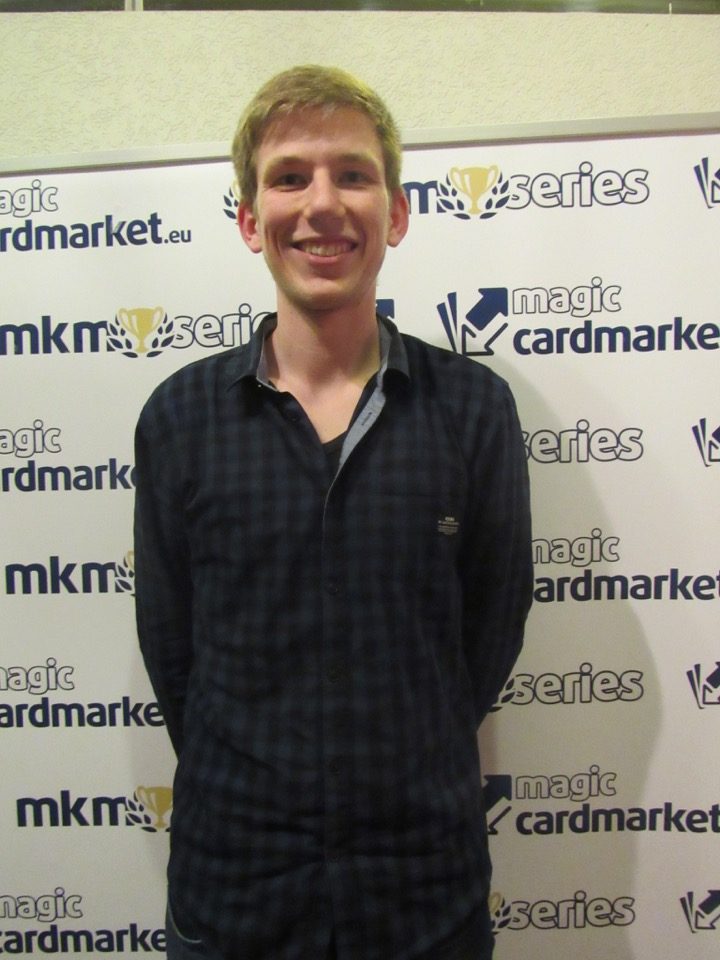 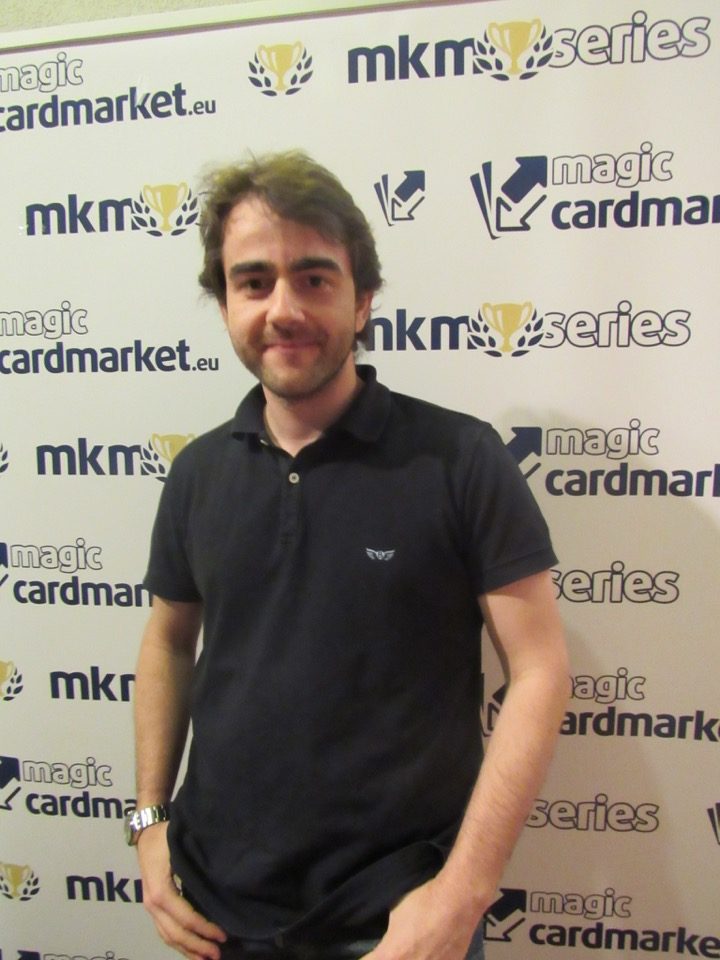 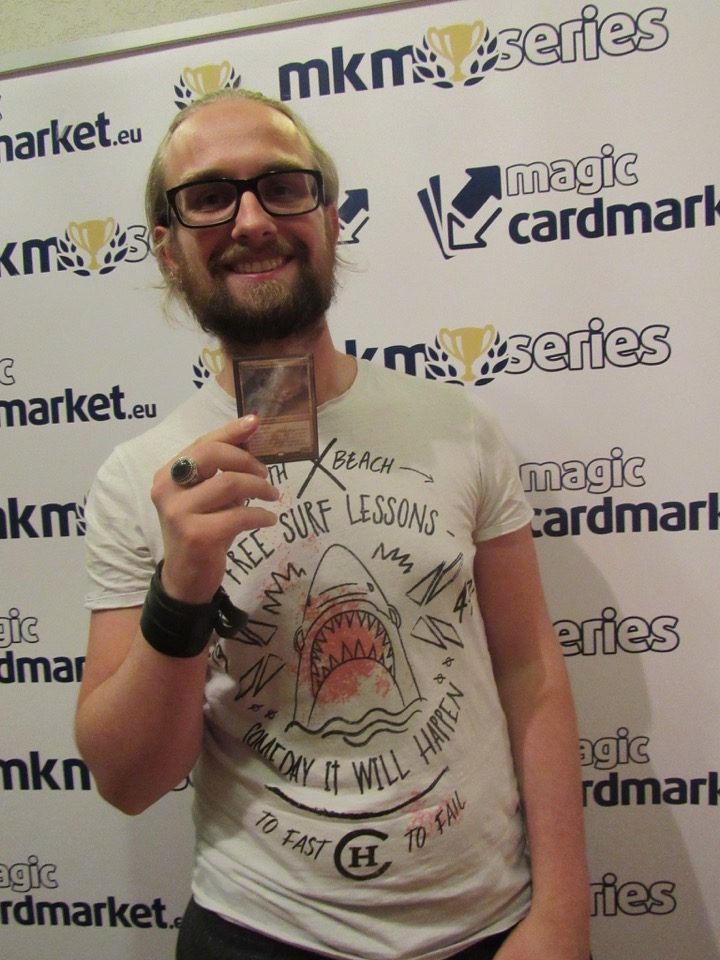 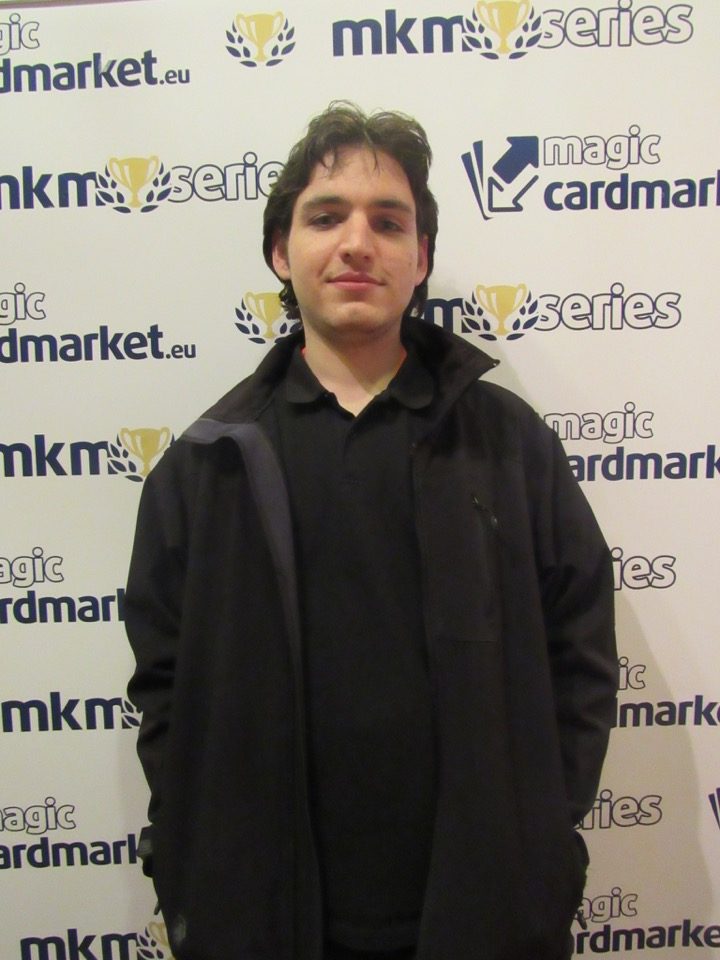 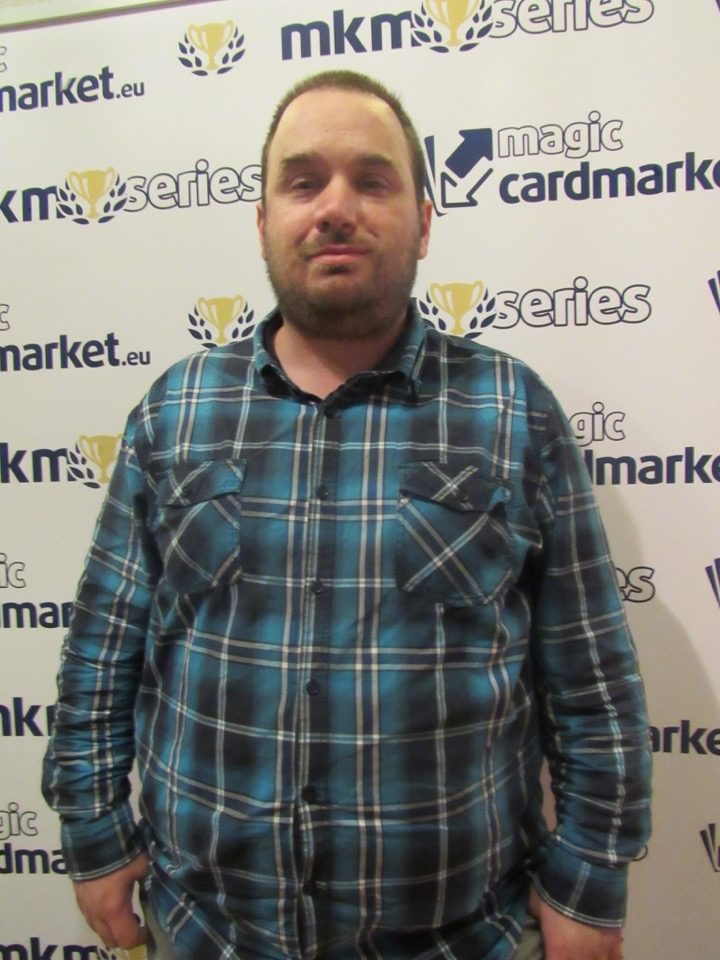 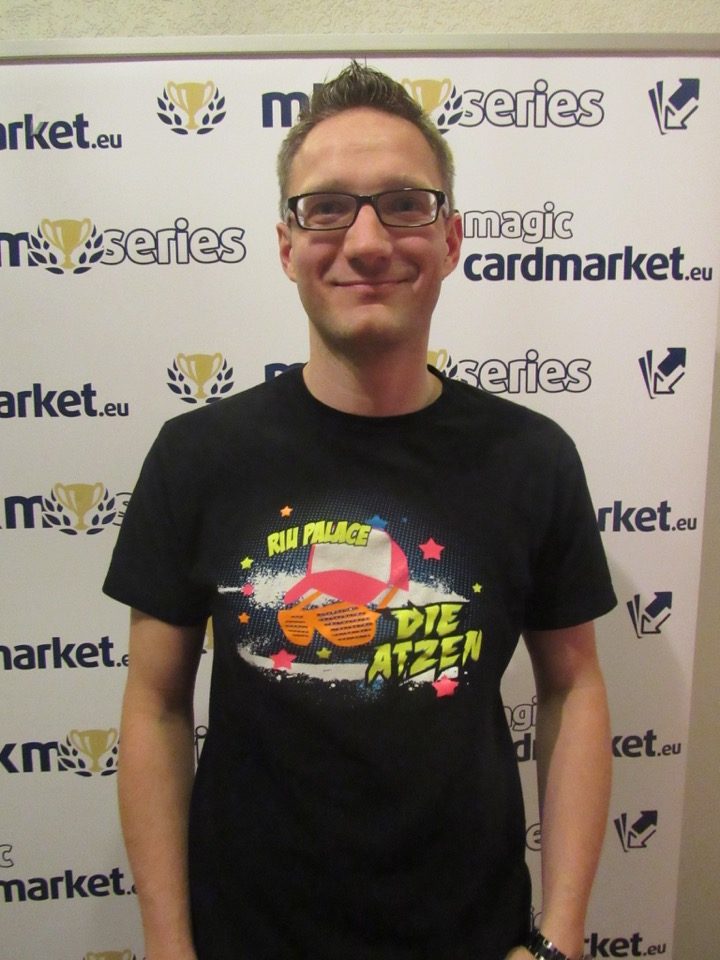 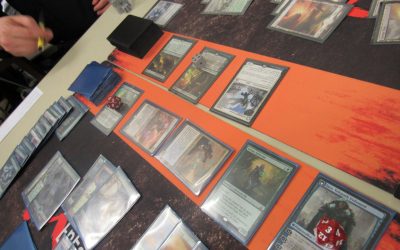 Round 9: Paul Sokolov vs. Artur Queiroz

Despite the fact that we just featured Queiroz, we decided to put the spotlight on him for the second time in a row. He's one of only 4 players that don't have the luxury that they can simply draw into the Top 8 AND that can lock up their spot by winning their match.... 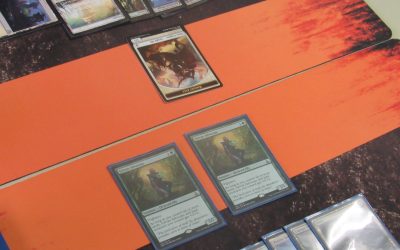 "This is the win-and-in, eh?" said Joshua Bausch, a regular at JK Entertainment's store in Frankfurt, when he sat down at the feature match table. With a record of 6-1, the hometown hero now had to play the somewhat more cosmopolitan Artur Queiroz. Queiroz had once... 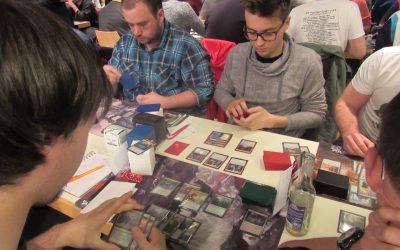 We are entering the decisive phase for the last time this weekend. Our 268 player Standard main event will soon be cut down to the final eight players. Right now we are in Swiss round 8 out of 9 and the top tables are filled with three copies each of G/W Tokens and... 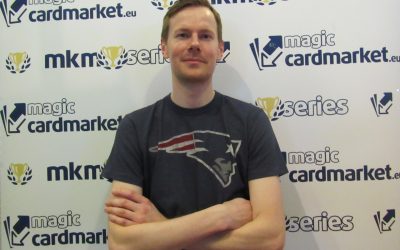 We didn't have time to sit down with Mikael Linden for an interview on Friday, when he won our Vintage main event for the second time, so I took hold of him today instead. Mikael started playing Magic around 1997 by buying 60 green cards from a friend. Another mutual... 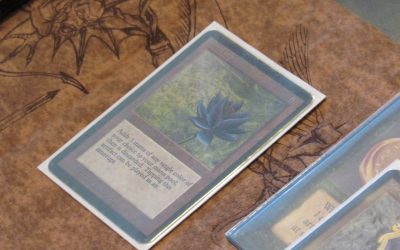 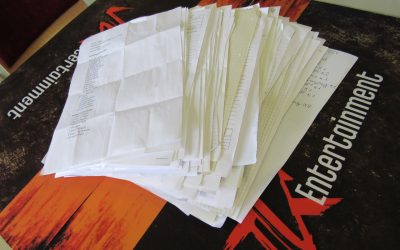 Yesterday's Grand Standard Trial was originally supposed to award two byes to just the winner, but with more than 70 players that honor was bestowed upon the Top 2 instead. Tobias Börchers and Leon Hendrian both went 6-1 with their decks—both white, both with...

The numbers are in! 268 decklists have all been checked, counted, and categorized. The most played deck was White-Black Control, closely followed by Green-White Tokens, and of course all of the other mainstays of current Standard were well represented too.

Not listed here are the decks piloted by less than ten players. Pyromancer's Goggles and Naya Midrange narrowly missed the cutoff, with nine and eight players, respectively. Apart from that, the “Other” category is mostly comprised of more funky strategies, like Eldrazi Aggro which was played by six and Vampires played by four. What's more, two players each had chosen even more unusual Tribal decks in Zombies and Spirits.

Standard clearly wasn't lacking in diversity. In fact, all in all more than 30 distinct archetypes were in the running!