In Modern and Legacy, the Top 32 most successful competitors of last year's MKM Series earned an invite to the 2016 SuperFinals, as well as the Top 16 in Vintage and Standard (and the people tied for 16th/32nd). They battled it out in four single-elimination tournaments for bragging rights and extra prizes of up to €600 in Modern/Legacy and €400 in Vintage/Standard.

The field was stacked with elite competitors, many of which had amassed several Top 8 results in the events leading up to our finals. Find results and infos on the 2016 SuperFinals champions below!

Preparing for the SuperFinals with Julian Knab

Julian Knab led the standings in both Legacy and Modern last season, so he was certainly one of the favorites for the 2016 SuperFinals. I talked to Knab about his preparation, his expectations, his decks, metagaming, and his opinion on the new MKM Series Power 8... 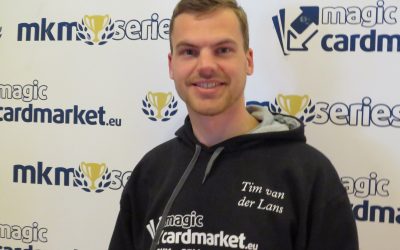 Preparing for the SuperFinals with Tim van der Lans

Tim van der Lans was another one of the 2016 SuperFinals competitors who I wanted to talk to, not least because he qualified for three of them! Said van der Lans, "I'm actually pretty nervous about the events. I want to put up some good results and hope to play all... 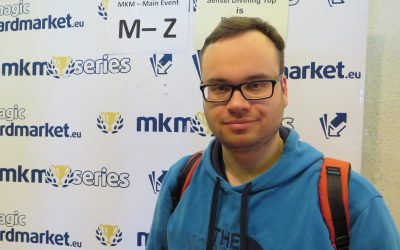 Preparing for the SuperFinals with Marius Hausmann

Marius Hausmann went into the weekend as the frontrunner on the 2017 MKM Series Leaderboard and he did great in the previous season as well. In fact, Hausmann had been the third most succesful Legacy player of the MKM Series in 2016, and qualified for both the Legacy...

Congratulations to Artur Queiroz, the Winner of the Standard SuperFinals!

After the end of the 2016 season of the MKM Series, eighteen players had earned an invite to the 2016 Standard SuperFinals. Eight of them attended the event and split the total prize purse of €1,000 in MagicCardMarket.eu credit: Lukas Müller, Leon Hendrian, Martin Burgmann, and Fabian Friedrich were eliminated in the quarterfinal, Eliott Boussaud and Hannes Brandstetter lost in the semifinal, leaving Jan Ksandr and Artur Queiroz to duke it out for the trophy …

Congratulations to Joan Anton Mateo, the Champion of our Vintage SuperFinals!

At the end of the 2016 season of the MKM Series, sixteen players had qualified for the 2016 Vintage SuperFinals; eleven of them attended the event. Tim van der Lans, Anton Karlinski, Andrea Giarola, and Daniel Rehmann were eliminated in the quarterfinal and received €50 in MKM credit; Stefano Maggio and Matthew Johnson lost in the semifinal but earned €100 for their trouble; finally, Mikael Linden fell in the finals and walked away with the consolation prize of €200, while Joan Anton Mateo claimed the trophy and grand prize of €400 in MKM credit. A fitting finals pairing—given that Linden and Mateo had occupied the first and second place on the 2016 Vintage leaderboard as well.

Thirty-four players had qualified for the 2016 Legacy SuperFinals. Of the Top 32 most successful competitors of last year's MKM Series—and the players tied for 32nd—twenty players attended the event. Alexander Beiersdorfer, Tim van der Lans, Stefan Schütz, and Joan Anton Mateo were eliminated in the quarterfinals and left with €75, while Marc Bertolin and Mikael Linden lost in the semifinal for €150, leaving Julian Knab and Marius Hausmann to duke it out in the final. The two friends had earned a combined €900 by now and decided to simply leave it at that; Hausmann conceded and gave the title to Knab.

Congratulations to the Winner of the Modern SuperFinals: Štěpán Dudešek!

At the end of the 2016 season, thirty-five players had qualified for 2016 Modern SuperFinals. Out of the Top 32 most successful competitors of last year's MKM Series plus the players tied for 32nd, eighteen players actually attended the event. Julian Knab, Pascal Richter, Bernd Schwabe, and Andreas Dippon were eliminated in the quarterfinal earning €75 in MagicCardmarket.eu credit in the process, while Martin Burgmann and Sebastian Wibmer lost in the semifinal for €150. The final featured Štěpán Dudešek and Phillip Schmidt in a rematch of the MKM Series Prague 2016 Modern final. Back then, both had played the exact same decks, Affinity and Elves, and the result had been 2-1 for Dudešek. This time, it was 2-1 Dudešek … earning him €600 in MagicCardMarket.eu credit, leaving €300 for Schmidt.